Hadoop can store Peta Bytes of data and process it very fast.

Hadoop does it using cluster of many commodity servers (nodes) where each data node store portion of the data and used as compute node to process its local data. Hadoop echo systems use Map Reduce model to be able to compute huge amount of data in great speed. The Map do the filtering and sorting in local node and reduce perform the summary operation on all nodes output .

Hadoop storage layer is based on HDFS – Hadoop Distributed file system. Where Hadoop split files into large blocks and distribute them between the cluster data nodes.
HDFS storage have following advantages:

Hadoop ecosystem can be extended  with sub modules , software packages that can be installed on top or alone side Hadoop , such as Apache Hive , Apache HBase , Apache Spark , Impala and so On .

Hadoop comes today in 2 main distributions which can be free or licensed:

Hortonworks and Cloudera have been merged in 2019.

Use Case:
Hadoop is great solution for on premise Data warehouse or data lakes where data is stored in batches and fast analytics on huge data is required + the free license.

Elasticsearch is free open source search engine based on Apache Lucene with many goodies such as aggregation, analytics, ETL using Logstash and Kibana dashboard which make it today the best search engine in world with many capabilities to become centralized database for many products and companies.

Elasticsearch can store Peta bytes of data on many servers (nodes) and being searched and analyzed in very high speed.

Elasticsearch is great database for unstructured data, as data is being stored in Json format enabling auto schema detection plus adding fields on the fly with no schema modification.

By default, every field is being indexes and can be searched with best response time.

No More need to Relational Database RDBMS with tables and joins, data can be stored as application Json object, inserted and queried much faster in json format, protocol the application can understand .

Elasticsearch support scale out by adding nodes and high availability using replication between the nodes. 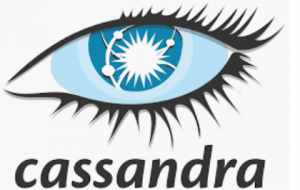 Cassandra belong to the NoSQL family but has CQL (SQL Like ) Interface which enable you to create tables , primary keys , cluster indexes and write “SQL” to insert and select data .Cassandra Distribute the data between the nodes according to the primary key values thus load balance the read /writes requests between the nodes evenly .

The fact that Cassandra have cluster indexes enable the application to retrieve data very fast by key value but also to make a very fast drill down to the cluster index columns which is not avaiable in other NoSQL databases.

Cassandra support scale out by adding nodes and high availability using replication between the nodes. 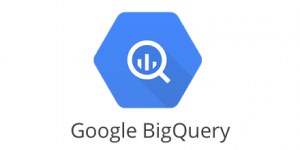 Google BigQuery is a fast, powerful, flexible, and cost-effective serverless data warehouse that’s tightly integrated with the other services on a Google Cloud Platform. Designed to help you make informed decisions quickly, the cloud-based data warehouse and analytics platform uses a built-in query engine and a highly scalable serverless computing model to process terabytes of data in seconds and petabytes in minutes.

The database allows users to create and delete tables based on a JSON-encoded schema, import data encoded as CSV or JSON from Google Storage. Queries are expressed in a standard SQL dialect and the results are returned in JSON with a maximum reply length of approximately 128 MB, or an unlimited size when large query results are enabled.

Google BigQuery can process and run reports on real-time data by leveraging other GCP services and resources. Data warehouses can support analytics after data from multiple sources is consolidated and stored — which often happens in batches throughout the day. In addition to batch processing, the service supports streaming at a rate of millions of rows of data per second. 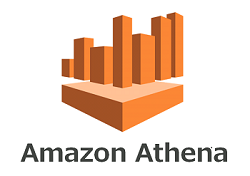 Amazon Athena is an interactive query service that makes it easy to analyze data in Amazon S3 (Simple Storage Service), using standard SQL. Since Athena is serverless, there is no infrastructure to manage, and you pay only for the queries that you run.

Amazon Athena is able to process both unstructured and structured data types, data can be stored in the form of CSV, JSON or columnar data formats like Apache Parquet and Apache ORC. Athena can also be used to execute queries using ANSI SQL, which doesn’t require the user to aggregate or load data into Athena service.  Compressed data is also supported in Snappy, Zlib, LZO and GZIP formats.

The service provides great flexibility in how you run queries without the added complexity. Multiple concurrent queries can run all at the same time and most results are delivered within seconds. These actionable results from queries allow companies access to clean, reliable data to make better decisions and continue their research.

Presto is an open-source, distributed SQL query engine that runs on Hadoop. It uses an architecture similar to a classic massively parallel processing (MPP) database management system and was designed for fast analytic queries against data of any size.

Presto has one coordinator node working in sync with multiple worker nodes. Users submit their SQL query to the coordinator which uses a custom query and execution engine to parse, plan, and schedule a distributed query plan across the worker nodes.

Presto can query data where it is stored, without needing to move data into a separate analytics system. Query execution runs in parallel over a pure memory-based architecture, with most results returning in seconds.

This database is designed to run in memory, although data is persistently stored on disk following the ACID rules. Exasol supports the SQL Standard 2003 and can be integrated via standard interfaces like ODBC, JDBC or ADO.NET.

Exasol has implemented a so-called cluster operating system (EXACluster OS). It is based on standard Linux and provides a runtime environment and storage layer for the RDBMS, employing a proprietary, cluster-based file system (ExaStorage).

This analytics gives you unparalleled performance at scale, processing 100’s of TBs of data within milliseconds.

Exasol consolidates AI, ML and BI for both standard and advanced analytics, directly in the database – using any data science language.

It is designed for use in data warehouses and other big data workloads where: speed, scalability, simplicity, and openness are crucial to the success of analytics as well including full integration with an ecosystem of tools and technologies.

The platform provides a storage system that stores petabytes of data in easy-to-access clusters that can be queried in parallel. Each of these nodes can be accessed independently by users and applications.

Companies can choose to create a single node as a starting point, and from there they can create massive clusters containing many nodes for every reporting need they have for any web application.

Redshift is designed to be used with a variety of data sources and data analytics tools and is compatible with several existing SQL-based clients.

Amazon Redshift is a powerhouse of data warehousing. Used for large scale and complex analytics by some of the largest companies in the world, including Ford Motor Company, Lyft, Intuit, and Pfizer plus countless more, the data warehouse is used to store cloud databases and the related production data.